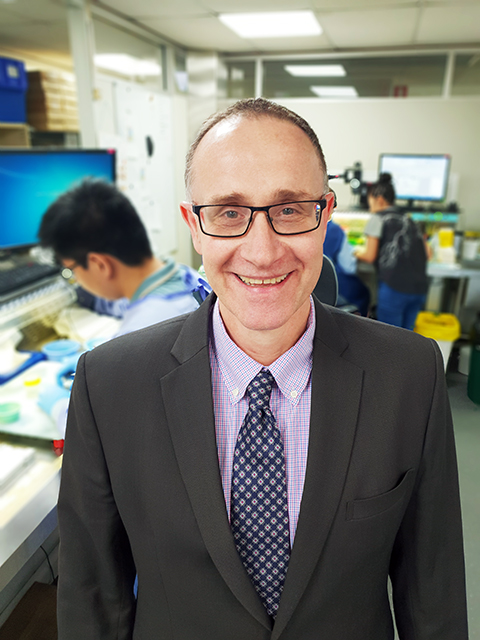 Dr Fergus Whitehead’s journey has weaved and grown along with Clinpath’s. His passion started as a young boy after realising he enjoyed analysing what he saw under the microscope lens. He was inspired and guided by his father, Emeritus Professor Richard Whitehead.

After graduating in medicine from Flinders University in 1988, Dr Whitehead obtained two postgraduate qualifications in cytopathology. He became a Fellow of the Royal College of Pathologists in 1994 and held key positions with the Institute of Medical and Veterinary Science (IMVS) and Adelaide Pathology Partners (APP). In August 2002 he joined APP as a partner, acquiring Dr Jane Lomax Smith's share in the practice following her decision to enter politics.

Following on from the merger of Clinpath and Adelaide Pathology in November 2016, Dr Whitehead took the role of Chief Executive Officer.